The Tradition of Umbrellas as Gifts 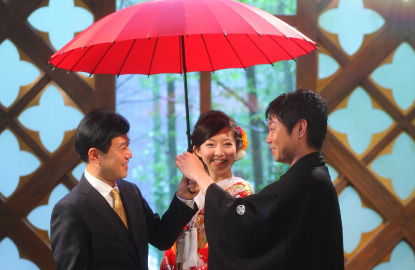 The Tradition of Umbrellas as Gifts

The perfectly round, even shape of an open umbrella viewed from below lends itself to Japanese sayings — words and sayings about fulfillment and satisfaction often involve the word for “circle.” At Japanese wedding ceremonies, the Passing of the Umbrella is deeply ingrained in Japanese culture: an umbrella is passed from parent to child, to be used by the bride.

For the Passing of the Umbrella ritual, the bride and her father share a single traditional Japanese Janome umbrella and walk to the groom. The father of the bride then passes the umbrella to the groom, to represent entrusting his daughter to her new husband.

From Tradition to Culture 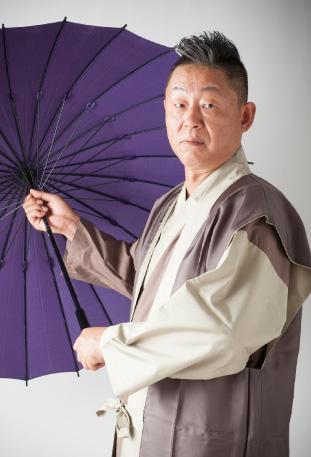 From Tradition to Culture.
Look Forward to Rainy Days.

Decades ago, umbrella makers flourished throughout Japan.
Each umbrella’s 40–50 individual parts offered a chance for each maker’s craftsmanship to shine, through both beauty and tradition.
However, as overseas orders have gained popularity, this tradition has slowly eroded, and today Japan’s tradition of umbrellas is being lost.

Since ancient times, umbrellas have been a symbol of spreading or expanding fortune in Japan, considered auspicious and protective.
Each day, we continue our work making classic umbrellas, respecting the tradition we have inherited, in the hopes of offering delight to all of the senses on rainy days.